The Many Reasons Why Paramount Is a Better Place to Live

The Paramount subdivision in Meridian, Idaho, is quite unlike almost all other neighborhoods, owing chiefly to its comprehensive master planning. And that means that Paramount living is different, too – in palpably good ways.

Simply put, living in Paramount is better than living in many other places. Here are a just few of the many things that make it better. . .

Paramount, then, is a Meridian neighborhood that definitely warrants closer examination.

Any neighborhood’s larger context within the city where it’s located determines in large part the quality, desirability, and livability – thus impacting the feel and atmosphere – of that neighborhood. And so it is with Paramount and, naturally, Paramount living.

“Meridian is a city very focused on the safety and comfort of its citizens. The streets are clean and well maintained and feed conveniently to safe and beautiful neighborhoods. The crime rate is very low at about .08 percent, about one-sixth of that of the entire US. For this reason, and many others, Meridian has been named on a variety of top places to live listings.”

Despite, or perhaps because of, its explosive growth, Meridian boasts an abundance of beautiful, quality, and affordable housing. Options range from single-family homes in quiet neighborhoods to to chic townhouses to lofts.

The downtown area is thriving and chock full of businesses and opportunities for entertainment and dining. Some favorite downtown restaurants are Epi’s Basque Restaurant, Kahootz, Corona Village, and Idaho Pizza Company.

“As the city has expanded and grown, job opportunity has flourished alongside it. Boise (just 15 minutes away) is being heralded as the next tech startup scene, and with new businesses, stores and shops opening all over the valley, there is both a booming economy and jobs to support it.”

“Meridian has a multitude of city parks that are always clean and safe, such as Julius M. Kleiner Memorial Park and Settlers Parks,” as well as an off-leash dog park, Storey Bark Park.

Not only is it easy to get around within the city, but there’s also easy access to neighboring cities. A big plus is the widening and improvement of I-84, which has cut down commute times for many residents.

“The feel of Meridian is one of a safe, comfortable town much smaller than the population it actually boasts. But it is certainly not devoid of the types of entertainment and culture found in larger cities either.”

These appealing features that characterize Meridian are also characteristic of Paramount. So, now we need to take a look at exactly what distinguishes Paramount.

Most cities and neighborhoods grow and develop organically – which is just a nice way to say without planning and haphazardly. So what you typically get in many parts of many cities is sore-thumb buildings and houses, narrow winding streets, and layouts without any readily apparent rhyme or reason.

But this is absolutely not the case with Paramount.

“Its quiet, peaceful streets are lined with trees and European village inspired light fixtures. At the center of the Paramount real estate is the clubhouse, which is host to several community events throughout the year, such as the annual Fourth of July celebration, events during the Boise State University football season, and the neighborhood chili cook-off celebration held every November. Within the clubhouse area, you will also find the fitness facility and one of the subdivision’s three pools. Miles of walking paths and parks allow residents to relax and enjoy the outdoors.

“This subdivision covers one square mile, bordered by Chinden Boulevard to the North, McMillan Road to the South, and Meridian Road and Linder Road to the East and West. Paramount is strategically located in the Treasure Valley, providing convenient access to Boise, Nampa, Caldwell, Eagle, and the airport. Downtown commuters have several options, including Highway 44 (State Street), Chinden Boulevard, and Interstate 84. A new interchange leading to Ten Mile Road will soon provide even more options.”

It’s the planning and intentional development that make all the difference, making Paramount living a genuinely unique experience.

Why Paramount Living Is . . . Better

So is Paramount living really better, and if so, why? Well, let’s consider what we mentioned at the beginning . . .

Because Paramount is a comprehensively master-planned community in Meridian, nearly everything its one square mile comprises has been extensively planned. That means both residential and commercial structures, with strict architectural quality controls, are intentionally planned to be in harmony with all elements within and without.

With all the necessary amenities close by – and with many of them within Paramount on completion – residents aren’t forced to spend hours driving. In addition, without all the traffic, the neighborhood is peaceful and quiet.

Paramount was developed by the best builders in the Treasure Valley to ensure uniform quality throughout the subdivision.

With a central location in the Treasure Valley, Paramount living affords easy access and short drives to the airport, Boise, Nampa, and Caldwell. Downtown commuters have several options, including an interstate, a state highway, and a main local artery.

The Attention to Detail

Because almost nothing in Paramount is accidental, the smaller details of the neighborhood, such as the historically inspired street lamps, fit with the whole, complementing and supporting all the other elements.

But don’t think the result if all this planning is a monotonously uniform neighborhood redolent of The Stepford Wives. Nope, not at all.

Consider, for example, a few of Paramount’s nearby entertainment and dining options . . . 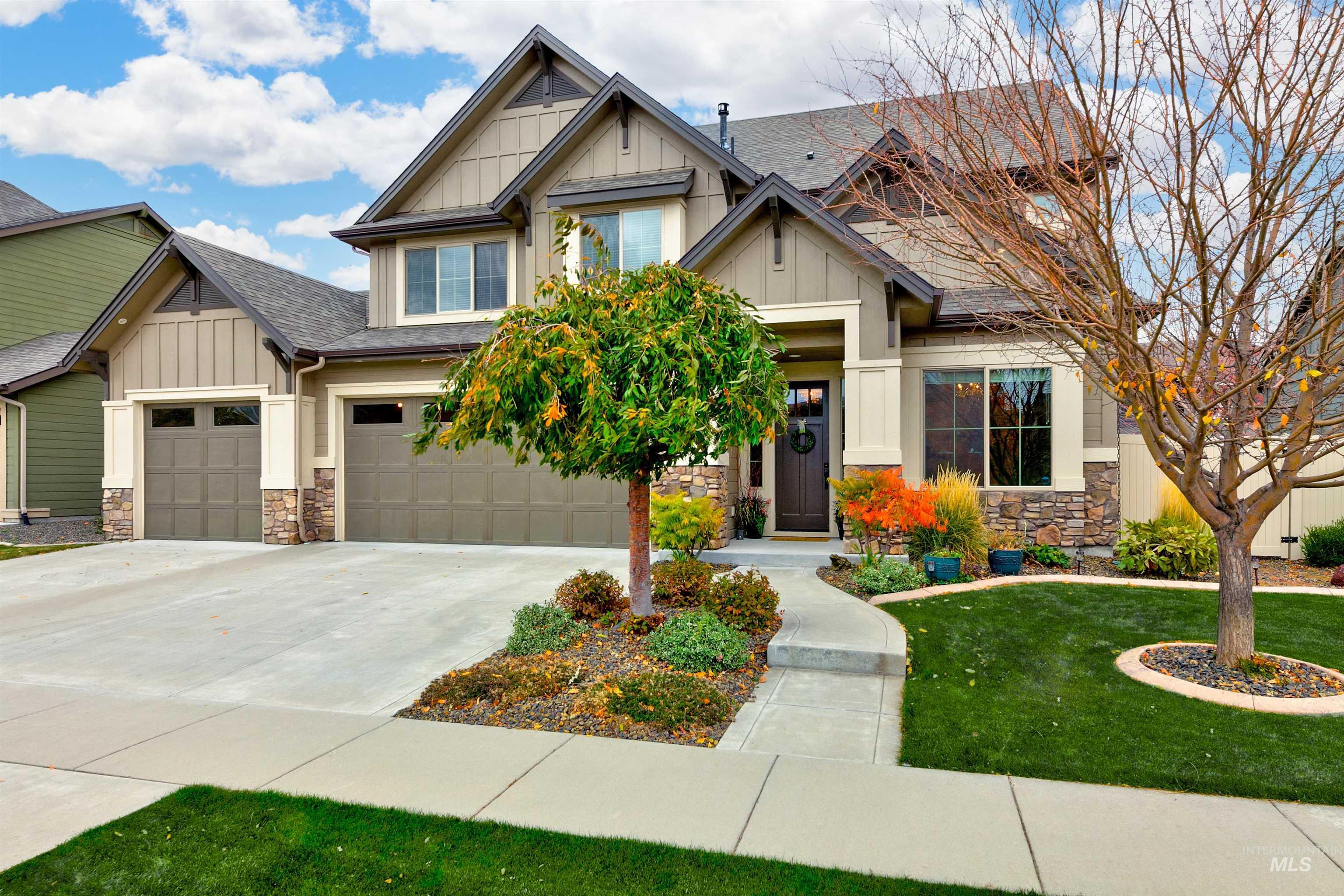 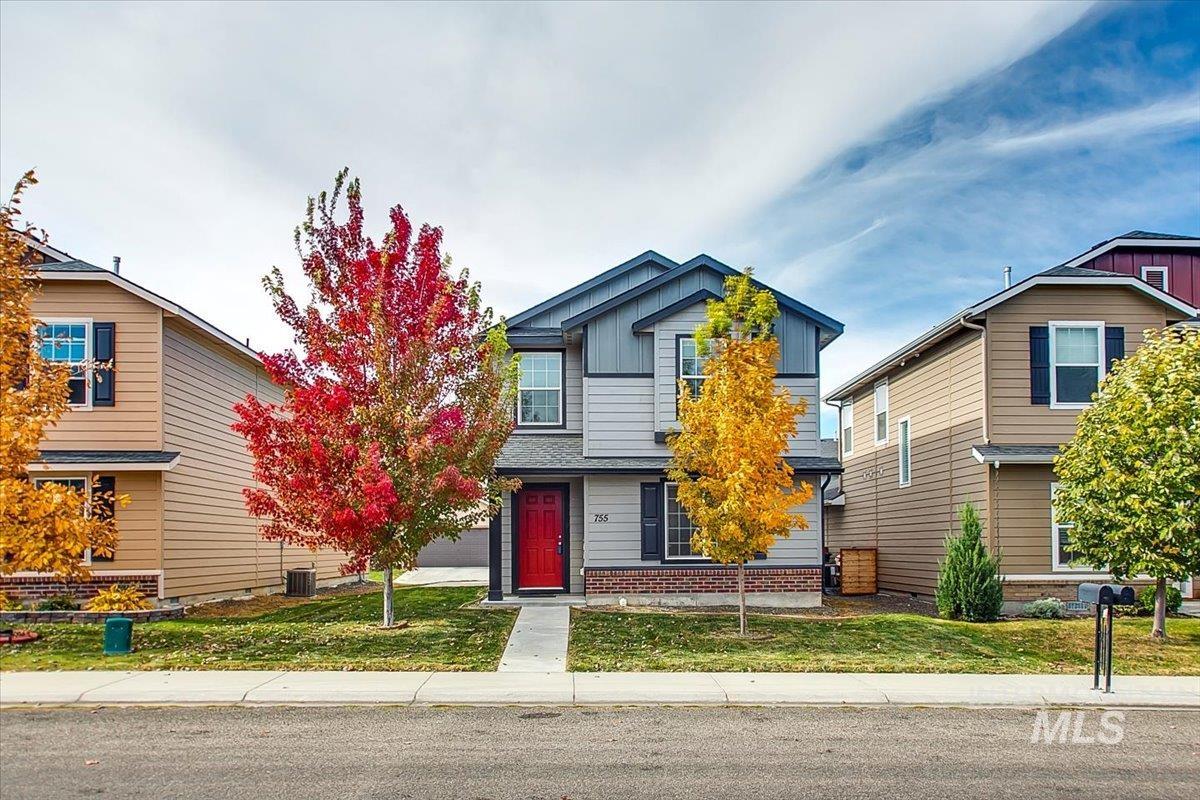